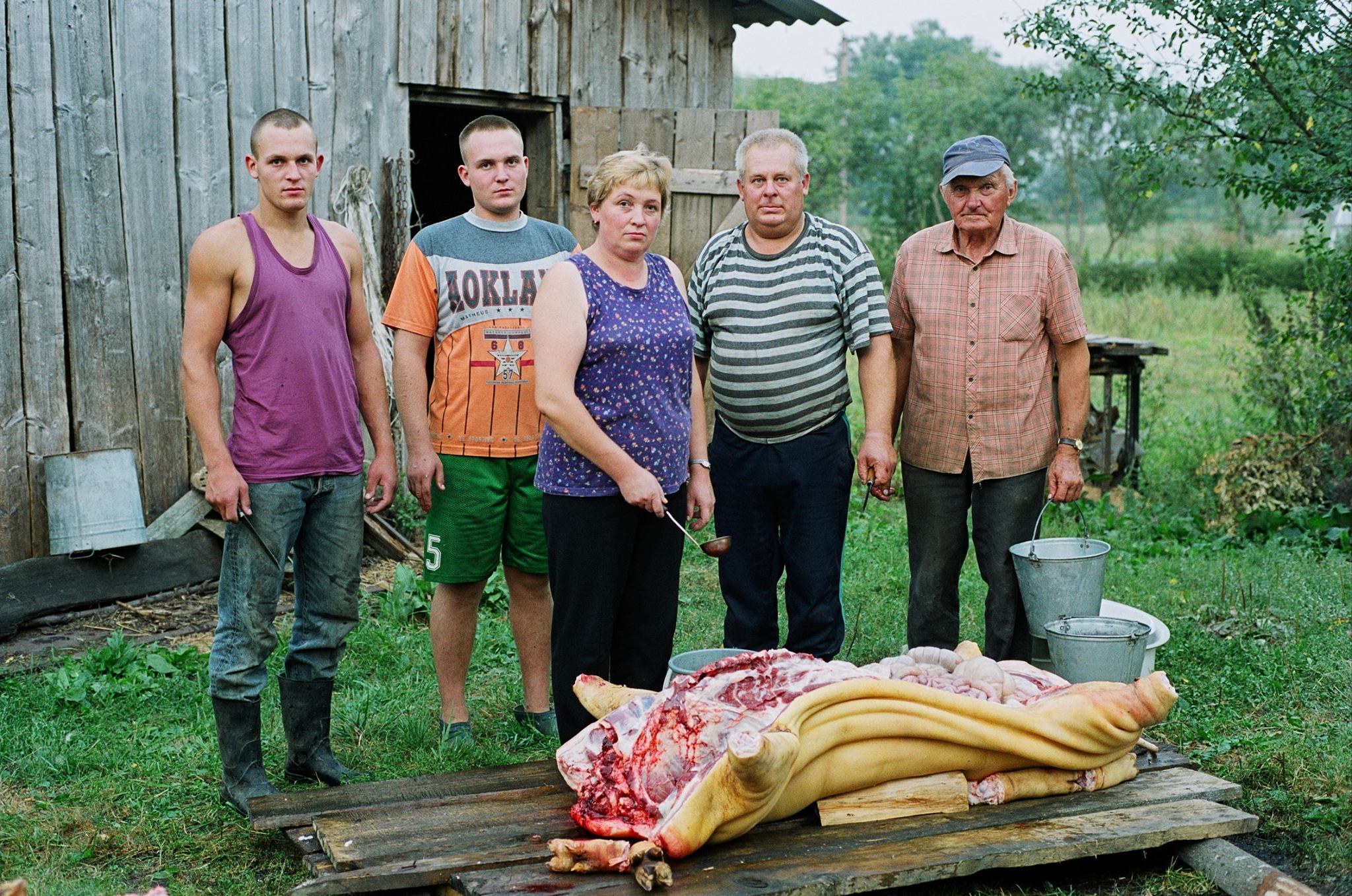 Return to Kražiai: Small-Town Lithuania and a Mysterious Discovery

October 25, 2015 marks the 100th anniversary of an ordinary photograph with an extraordinary story behind it, one that links Lithuania and America and proves that migration is an eternal loop.
In 2000, Mindaugas Kavaliauskas, a Lithuanian photographer, found himself in Chicago. He dreamed that that when his studies were over he would return to his country and produce a photographic documentary project about a small community – possibly a village or little town that could reflect the mood of his country in the pre-European-Union era. On the last night of his stay in the US, he was invited to a Lithuanian party in Stickney, a south-western suburb of Chicago, hosted by a photographer and community-minded soul, Algimantas Kezys, who was respected by the DP generation [the “displaced persons” who were forced to leave Lithuania by war and invasions] and a patron of those who had newly arrived. When the party was over, the photographer was offered a lift to his house in Cicero [another suburb of Chicago] by a fellow Lithuanian, who tried to persuade him to choose the historic village of Kražiai as the subject for his future documentary project.
In 2001, Kavaliauskas returned to Lithuania after his year studying abroad and plunged into exploring the village of Kražiai. In 2002, camera in hand and sound recorder in pocket, he knocked on doors and met people, following them in their solitude, field work, community meetings, funerals and pilgrimages, documenting their way of life and how they wrestled with daily hardships.

During the heat of the summer of 2002, he spotted an abandoned house with no doors or windows, with leaves and heaps of photographs all over the floor. As a photographer and fan of photography, he could not resist collecting the photos one after another. Upon returning to his home town, Kaunas, he left the photographs in his garage.
Debuting as an exhibition in 2003, “Portrait of Kražiai” was one of the first photographic works about independent Lithuania to deal with the subject of the ageing population and the increasing number of young people migrating to the West for a better life. It has been exhibited extensively in art and photography spaces in Europe and Australia since then, and was turned into a book in 2009.

In March 2003, while preparing the first public exhibition of “Portrait of Kražiai” at Vilnius Gallery of Photography, Mindaugas chose one of the most interesting and oldest of the photographs he had found in Kražiai and framed it. It depicted a deceased person in a coffin before his funeral, framed by flowers, and included the name “Alexandras Jurgeleviče” and the date of death – October 25th, 1915 (“mirė 25 spalino 1915 m.”)

Then, what a surprise! What the photographer had not previously noticed was that were embossed letters on the matting of the photograph, reading “Cicero Photo Studio, 1837 – 49th Court, Cicero, IL”. It was the street on which he had resided for six months in the year 2000.

In 2015, Mindaugas Kaviliauskas decided to commemorate the centenary of the Cicero picture by trying to solve the puzzle, and trying to find out the story of the studio, the person depicted, his life in Lithuania and the USA, and the voyage of the photograph across the Atlantic.
Anyone who is able to add bits and pieces to this story is most welcome to contribute to this research.
In 2015-16, the “Portrait of Kražiai” project will resume, with an attempt to revisit the heroes/models of the book. They will be asked to tell their stories, whether they have stayed in Kražiai or moved away – the reasons they left the village or stayed there, why they enjoyed or disliked any other countries they moved to, and the reasons they sometimes return to the village.

The theme of migration as an ongoing movement has been set by the photograph of a deceased person who returned home in a picture, years after his death on the other side of the Atlantic. The results of this research will see the light in 2016 in the form of videos and, hopefully, a publication.

Having spent about four years in France, the USA and Switzerland, Kavaliauskas was invited to visit Kražiai, where a friend of his, a priest, was serving as the parish dean. Eager to work in Lithuania, the photographer found situations that reminded him of Paul Strand’s Luzarra 50 years earlier – changing economic conditions, an ageing community. But in Kražiai, this was topped by the beginning of preparations for the 750th anniversary of the founding of the town, and reconstruction of the only remaining church and the Renaissance-epoque college.

Beyond the images of the glorious past, Kavaliauskas found Kražiai to be a colourful community. Milk was the life blood of the local economy, and most of the local population were involved in its working cycle. Teenagers earned money for their mobile accounts by working the hay, while families struggled their way to Europe by selling tonnes of milk for what they considered to be an unbelievably low price.

The religious festivals of Saint Roche, which attracted Kražiai people from all over the world, revealed the strength of their identity and pride. Historical paradoxes, like the former NKVD building serving as a restaurant, and hosting funeral dinners, generated a variety of points of view on civic and historical subjects.

Young men and families were leaving to work abroad, and almost every day funerals took place, emphasising how few young families there were starting their life there, in the middle of nowhere. The numerous social groups – choirs, youth clubs, senior clubs, Christmas checker competitions and others proved that the locals were culturally active.

The Lithuanian School of Photography, which emerged in the 1960s and has been considered the most influential photographic style in Central and Eastern Europe, pays particular attention to photographing countryside communities. But in contrast to its typically exaggerated view and the last wave of 20th-century photography of the European countryside, Mindaugas Kavaliauskas decided to avoid some extremes: romantic imagery of religious life and brutal representations of provincial life as eternally drunk and desperate. Consequently, this was a sober photographic vision, constructed of typical situations and rare apparitions at decisive moments.

Aided by his wife, the sociologist Kristina Juraitė, Mindaugas Kavaliauskas not only took pictures, but also recorded the stories and points of view of the people of Kražiai onto kilometres of audio tape. The photographer had just intended to create several portraits, but this turned into a long-term project, starting in the autumn of 2001 and continuing up until now.

You can buy the book of “Portrait of Kražiai”, which includes 141 colour photographs, here.
© Mindaugas Kavaliauskas
© Deep Baltic 2016. All rights reserved.
Like what Deep Baltic does? Please consider making a monthly donation – help support our writers and in-depth coverage of Estonia, Latvia and Lithuania. Find out more at our Patreon page.

The Hill of Crosses: A Monument to the Defiant Spirit of Lithuania

Neighbours but Not Relatives: Translating Between Estonian and Latvian