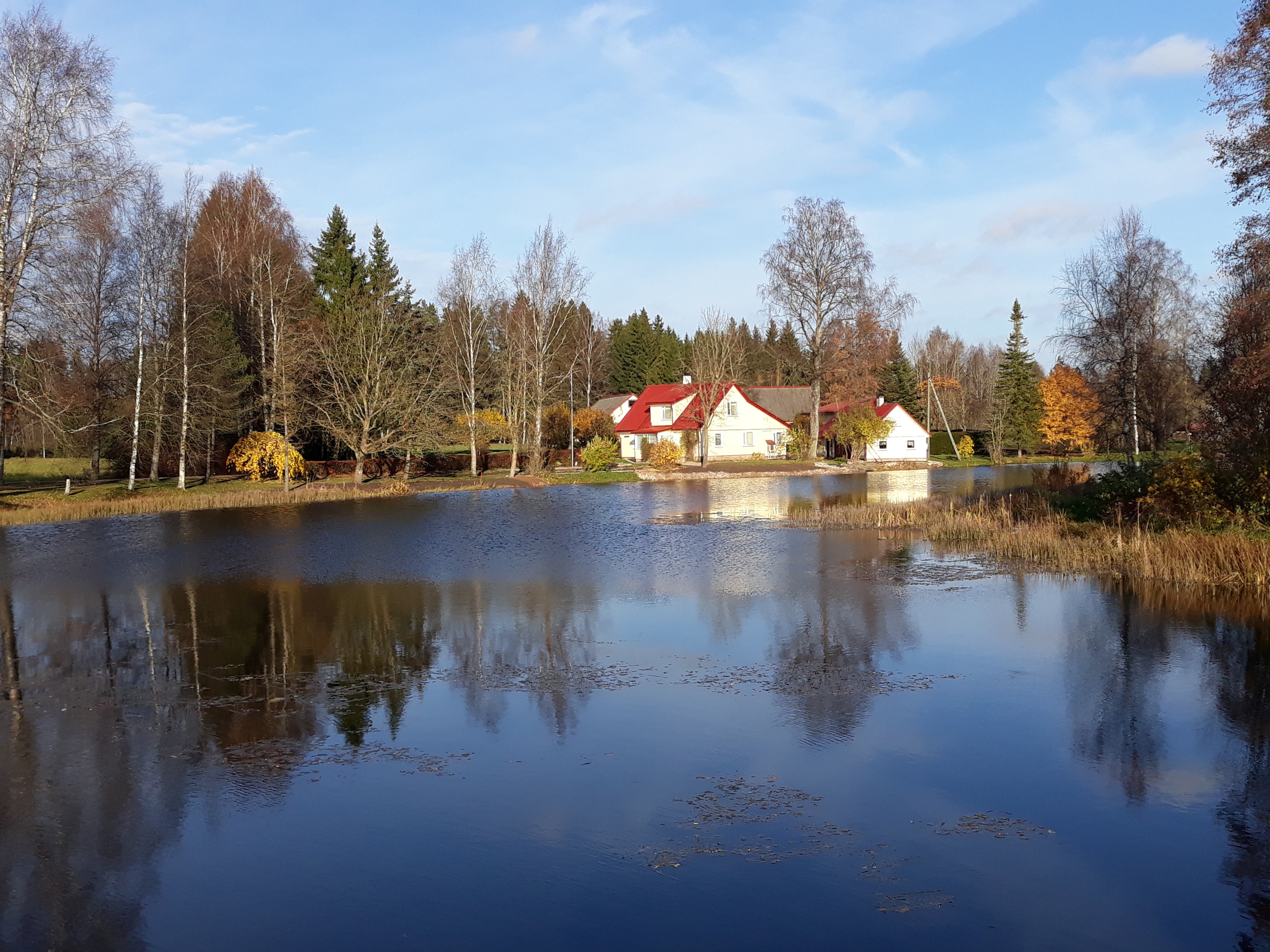 Verilaske: In Search of a Bloodletting Estonian Village

For me, there has always been an intriguing disconnect between the town of Viljandi and the countryside that rings it. The two seem to exist in different dimensions. The town is bohemian, rambling, quaint. It’s a refuge for painters, musicians, actors, and writers. The land beyond the city is farm country, with rolling green hills and patches of pine and birch forest, cut by almost silent streams. It reminds me of the old Dutch settlements that line the Hudson River north of New York.

Quiet country people live in these villages outside of Viljandi, smoking their pipes at night and tinkering with their tractors during the day. Sometimes you can see them out walking with a fishing rod in hand, or catch a glimpse of an old lady cycling by with a bucket full of mushrooms. The villages have pretty, poetic names. Saarepeedi. Tobraselja. Savikoti. There is one quiet village though that has always captured my imagination. The village is called Verilaske.

I discovered the place when I wound up selling my car to a local do-it-yourself type who lives out in an adjacent village with a less interesting name. He arrived in his work overalls and we went out to his farm to complete the transaction. I remember how I drove quickly through the village and saw its sign. Verilaske? Veri (‘blood’). Laske (‘to let’). A village for bloodletting? There was a stream there too. The Verilaske oja. Set back along the deeper part of the stream were some fine country houses.

Verilaske seemed like a quiet, unassuming place, and I couldn’t figure out why it would have such a name. Immediately, I drew up some theories. Perhaps there was a battle there at some point? Or maybe some quack doctor once lived in the village in the days when they used to bleed patients to cure them? The most believable theory was that this was a place once used for slaughtering pigs.

Back in town, I asked around. What surprised me was that even old-timers in Viljandi barely knew the name Verilaske. They had lived in and around Viljandi their whole lives, but its villages were still a mystery. Sulev, the old school master who lives in Viiratsi, subscribed to the animal theory. “You know, when they kill a pig, they cut its throat and let it bleed,” Sulev said and scratched his white beard. “I mean, you can’t honestly believe there was a battle out there? That just can’t be.”

Urmas, a sort of Viljandi hippie king who from time to time can be seen walking with a wizardly walking stick and partaking in pagan ceremonies, knew even less about the place. “I have lived here all my life, and I’ve never been to Verilaske,” said Urmas one afternoon at Restoran Ormisson. “But maybe there’s a reason for that. Maybe people who go to Verilaske never return. I wouldn’t go back out there if I were you.”

A few days later, I drove out to the village to give it another look over. I wanted to see if someone in Verilaske could tell me about its strange name. I stopped my car by the bridge and stared for a while in the slow-moving stream, which had a dark purple, nearly black color, like currant juice. Then I headed down a gravel road, hoping to find Verilaske’s main street.

At the end of the road though there was just a cluster of buildings, some old barns and a main house. Suddenly, a woman in an old-fashioned dress came out of one of the barns and sprinted to the main house. She ran in her dress with her head covered by a shawl, and one hand held the shawl tightly. There was an urgency, even terror, to her pace that bothered me. What was she running from?

When I turned around, I noticed an old cat staring at me. A dirty cat covered in white fur. The look in its eyes was not fearful. It was evil, malevolent. The beast hissed at me. The sights of the running woman and the hissing cat unnerved me, and I turned and ran down the road to my car, jumped into the driver’s seat, started it up, and sped away. The speed limit was 50 kilometers per hour, but I easily doubled that. Verilaske did seem like the kind of place where a man could just disappear.

Of course, I went back. One last time, I told myself. I had to push this Verilaske experience as far as it could go. On another sunny autumn day, I headed back into Verilaske. I wanted another taste of the village. I parked a ways down from the stream this time and began to walk toward it. There are some young birch trees on one side of the road, emerging from a forest, and I watched the trees as I walked toward the stream. Just then, I heard people talking. The talking was distant, but I could make out words, a woman’s voice and a child’s voice. Some men’s voices. I looked around but could see no one, and even at the houses in the distance not a soul stirred.

When I stopped, the voices halted. Yet when I started to walk again, I could hear the soft whispering. It was coming from the direction of the trees. Those thin white birch trees that lined the pine forest. That’s when I knew I had to leave the village. That was when I knew that Verilaske was haunted.

At home, I decided to do some final research. According to the Estonian Dictionary of Place Names, the origins of the village’s name are unclear. There is a legend connected with the place. Long ago, there was a battle between the Swedes and Russians in Viljandi County. Two high-ranking Estonians also lost their lives. “When Estonia was still spinning in the vortex of the Great Northern War, the two forces collided at the place known as Verilaske. The fighting was very fierce,” the book reported, “and many people were killed.” Due to this blood loss, the village has kept its name to this very day.

Justin Petrone is a writer and author of the new book My Viljandi: Back at the Beginning about his life in a small Northern European town. He contributes to the e-Estonia and e-Residency blogs and writes for Research in Estonia. He is also the author of the My Estonia trilogy and maintains a literary blog called North!

Latgalian: How the Language of Eastern Latvia is Being Revitalised

How Lithuanians Conquered the World: The Case for a Migration Museum