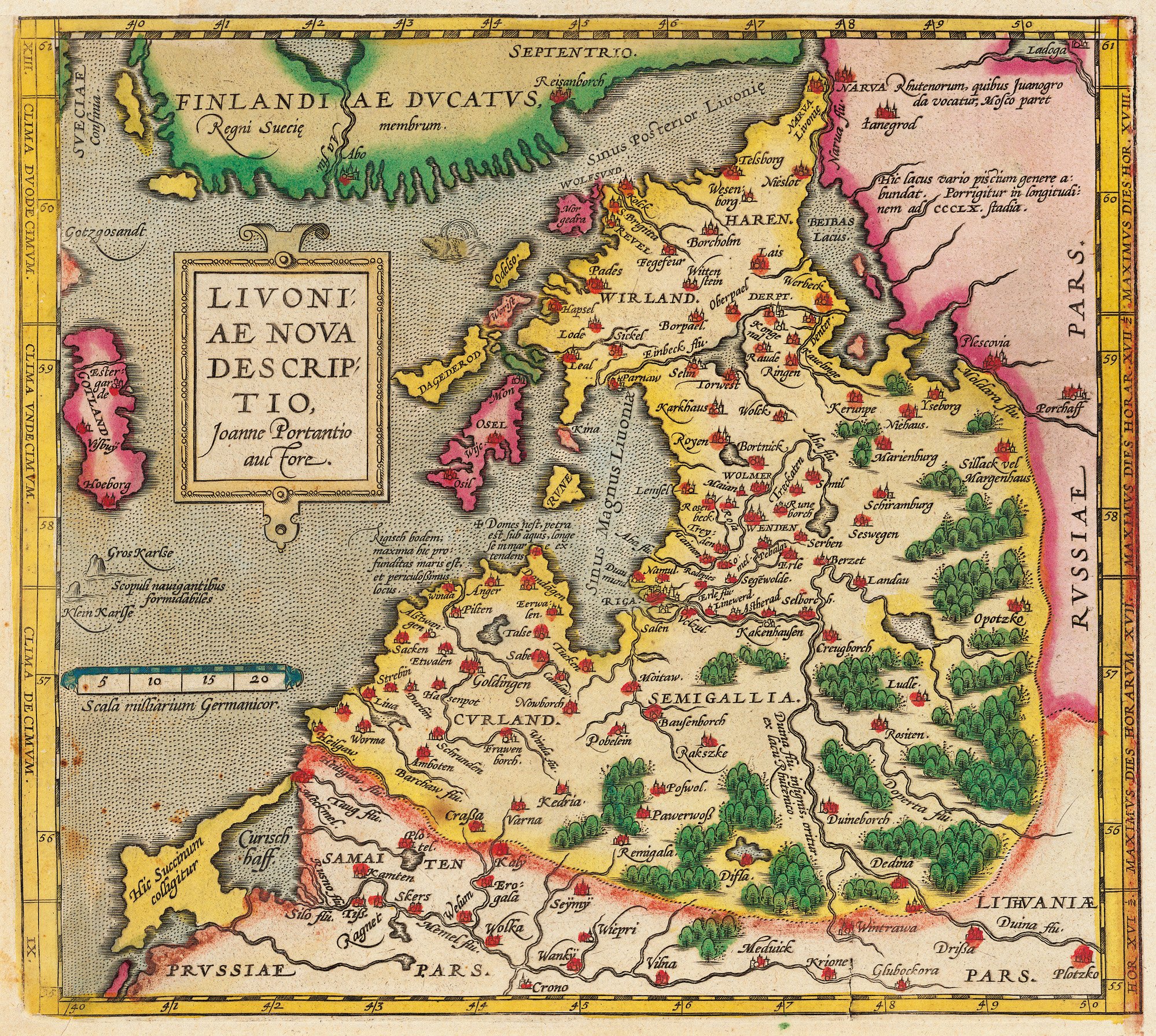 by Will Mawhood
So, this is Deep Baltic, a website dedicated to the culture and history and life of Estonia, Latvia and Lithuania. We hope you will like it.
This article is meant to sort of justify our existence.
First of all, the name. This was initially sort of a placeholder, more a description of what I hoped the thing would be rather than the thing itself. What I wanted was some kind of symbol, something that would evoke all three countries: a bird or a plant or some bit of heraldry perhaps. Surprisingly hard to find – unless you just cop out and go for amber, which actually mostly comes from Kaliningrad anyway – and besides, I hate amber, and not just for colonising Tallinn’s Old Town. Baltic, too, is problematic, for reasons that I’ll go into later in this piece.
Then I thought about using a historic name for this part of the world, something to add a bit of class and evocativeness to the site. I scoured the net and books for a name that would encompass all and offend none, but it was a struggle. There was Terra Mariana, an appealing and faintly mythical-sounding name, probably thought up by monks, which referred to the Old Livonia of the medieval period – but that only covered parts of modern-day Estonia and Latvia. The same was true for Livonia, which was the name the Swedes and Russians used when they held power – and that was ethnically ignorant to boot, as the Livs hadn’t been present there in large numbers for hundreds of years. The only name I could find not involving the name “Baltic” was Aestii – the word Roman historian Tacitus used to refer to the mysterious amber-gathering tribes rumoured to live by the shore of the distant northern sea. What a marvellous, strange yowl, distant in spirit as well as sound from the proper, circumscribed Latin spoken by the civilised, organised southerners – it’s like a kind of wordless “here be monsters”, intended to terrify and warn. But however, evocative as it is, now Aestii has only one connotation, and that is Eesti – as Estonians decided to start referring to themselves and their land sometime in the mid-19th century.


Baltic is troublesome, as well, embraced whole-heartedly by only one of its three members. It’s most controversial for Estonia, which is neither linguistically nor ethnically nor (arguably) culturally Baltic, but sees itself as the lost child of Scandinavia, marooned on the tough side of the sea. And while Lithuania is linguistically and ethnically Baltic, it often feels itself to be a slice of Central Europe shunted up north, a mere sliver of its once great empire – certainly, Poland would play a much more extensive and more thrilling role in any account of its history than Latvia. Latvia is the only one fully committed to the Baltic concept: an in-between land always looking for allies, always seeking to escape being a small prize caught in a tug of war between Germany and Russia. This history of occupation is a big part of why the Baltic label is not seized on enthusiastically – it is sometimes seen as being a Soviet concept; in the context of that huge empire, the Baltic states did have a lot in common, and had to work together to win back their independence. Pride is still taken in dramatic acts of collective action like the Baltic Way, but the tag is seen as limiting, feeding into the western perception that these three adjacent, similar-shaped countries are simply little chunks of Russia that, for reasons unclear, don’t want to be part of Russia.
This is true, but not the whole truth – the term “Baltic states” first came into common use after World War I to refer to the four countries that had won their independence from the Russian Empire (Lithuania, Latvia, Estonia and Finland, Estonia’s “brother nation”). Nonetheless, the resistance to the term and what it implies amongst some is understandable, and so we’ve ended up with a region that always seems to be straining away from itself.
But it’s occurred to me while thinking about this that perhaps Baltic is the label under which each can best be given its due. Even if it achieves its aim of being seen as Nordic, Estonia will always be dwarfed by Finland, and even more so by its Scandinavian neighbours, and will probably be too diffident and introspective to say much about it; Lithuania, despite its passionate individuality and larger-than-life nature, will always be a geographically peripheral part of Central Europe, misunderstood by those larger than it, glossed as Slavic by distant observers. And Latvia is complemented perfectly by its northern and southern neighbours, who each share with it a roughly equal number of cultural similarities and differences; majestic Riga is a great regional centre, not just a great capital.
It’s very diversity, the sense in which it is only loosely related, and then mostly by history, could be a wonderful thing. Who likes places that are entirely homogenous and coherent? Weird people and Nazis. Even within each Baltic nation there are dialects that are so different from the state language that they could reasonably be considered a different tongue entirely (Võro in Estonia, Latgalian in Latvia and Samogitian in Lithuania). In the Baltics, in just 500 km you can go from a pristine, pastel-coloured exemplar of Northern Europe like the gorgeous university town of Tartu to the secret Central European world that is Vilnius Old Town, one-time Jerusalem of the north, claimed and sighed after nostalgically by at least three of Lithuania’s neighbours, where there’s a Catholic church on every corner and where the very air you breathe seems baroque. That’s pretty unique, and that diversity is to me something to be celebrated.

What about the “deep” part? Well, I like the fact that this is the only region of Europe that I can think of that takes its name from a sea. The Baltic Sea is a pretty defining feature as well – narrow enough for influences and news and refugees to slip easily between the very different countries that surround it, wide enough to be formidable and mysterious – wide enough for it to be a death sentence if you happen to slip out into it on an icefloe, as do the fisherman in the wonderful story “In the Shadow of Death”, by Latvian great Rūdolfs Blaumanis. It’s what has historically made cities like Tallinn, Riga, Pärnu, Liepāja and Klaipėda great bustling multinational ports, exciting to live in, and tempting prizes for outsiders. It is also actually really very deep in places.
It also had to do with my sense that these are countries are among the least well-understood parts of Europe, at least by English-speaking writers, and that too few seem interested in redressing this. Recently, irritated by a particular shallow, ill-educated view of one of the Baltic countries, I posted the following list on Facebook:

How to write about the Baltic States for Western Europeans/North Americans:

You are now qualified to explain Estonia/Latvia/Lithuania to your compatriots.

It was a slightly childish thing to do – few articles about the Baltics are guilty of all of those faults, and I’m sure some of mine have been guilty of at least a few. Nonetheless, I do think it identifies a general problem, one that results largely from being small countries surrounded by much larger and better-known ones: few journalists want to take the several years it requires to learn the native language adequately and satisfactorily immerse themselves in the history and culture, since it will be unlikely to prove of any great benefit to their long-term career; and so the Baltics become an additional string to the bow of the Moscow, Warsaw or Stockholm correspondent, and so they are not properly covered. This is why we get the same story about the threat from Russia again and again, slightly rephrased and coming from a slightly different location. This is why we get articles that skim over the surface and get a lot of it wrong or out of context. This is why there hasn’t, as far as I’m aware, been a decent non-academic book about the Baltic states since Anatol Lieven’s The Baltic Revolution, and that was more than 20 years ago.
Anyway, it’s better to be positive than negative, so I’ll focus on the fact that I am excited that this site exists now, and I hope that it will be a place for deep writing, thought, photography and art. Stories or explorations or creations or thought from this fascinating and complicated and misunderstood region. Deep could mean long-form, but it doesn’t have to be; it could also be niche or weird or whatever, really. Just so long as it’s Baltic, and so long as it’s interesting.
In the process of thinking about all this, I decided that I do really like “Deep Baltic”. It is, as a good friend, who has never been to the Baltics, told me, “sexy”. I’m not quite sure of his reasons for thinking that, but I think he is probably right; it certainly looks sexy, thanks to the marvellous work of design master Lewis – click here for the thought process behind our excellent logo.
The next couple of weeks will be very sexy, and very deep: we have a most exciting series of articles coming up. Please do stay tuned.
Will Mawhood is editor at Deep Baltic

The Strange Story of Walk – United by the Soviets, Divided by Freedom