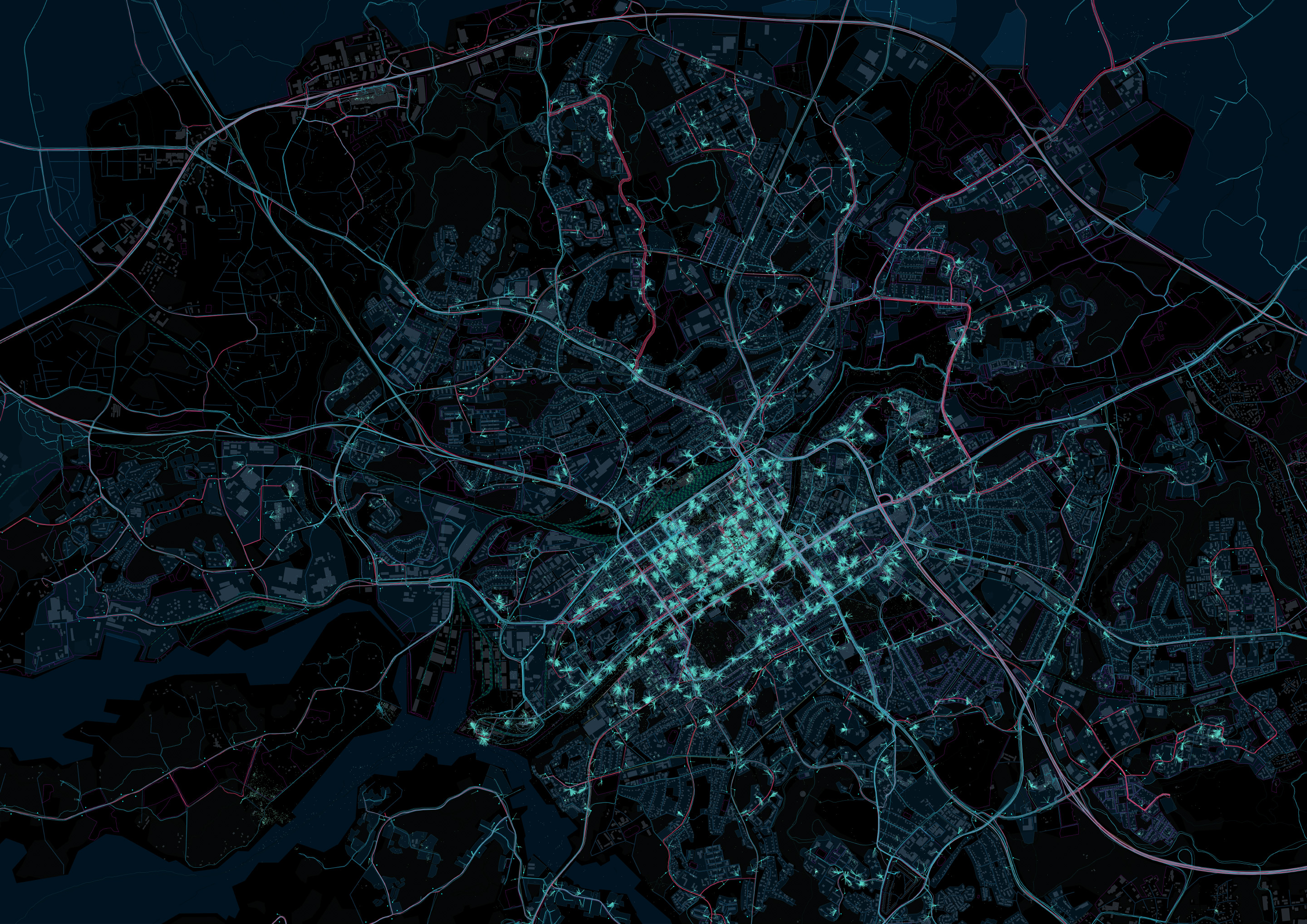 All the blather
The city of Tallinn has recently begun the process of building a new urban highway running along the eastern shore of the city. This is an old plan – perhaps not aesthetically but at the very least conceptually. There are different reasons for building this new road: the main one being to relieve the city from the high volume of freight traffic to and from the harbour and the north-eastern suburbs, where residents rely heavily on cars.

Baltigram
Something more, however, was needed to get to the core of the close ties between the Baltic cultures and the nature of their urban spaces. The Baltic countries are one and three. Three political states, different in their heritage, languages and customs. At the same time, a common history, Soviet occupation and post-socialist economic policies have produced a shared cultural landscape, which is truly visible in the architecture of their capital cities. In Tallinn, Riga and Vilnius we can find the medieval cores of the Hanseatic League (“old towns”), the mass housing of the Soviet time and single-family housing suburbs at the edge of the city. Our conjecture is that somewhere, hidden in the everyday urban life, there exist further elements of a cultural heritage shared between all three states. These are elements that we could extract and analyse to find a common, more united way to life in the anthropocene of the post-socialist era.
We needed to find an information layer that best represents people in the cities, a source of data revealing how people perceive and see themselves in different urban environments. We wanted to use real, crowd-sourced data to reveal the psychological environment of the Baltics through a readily accessible window into the self-perception — and the public projection of the self — of the Baltic peoples. For this purpose, we teamed up with media theorist Prof. Lev Manovich and data analyst Raul Kalvo to tackle this project. We came to the conclusion that we could indeed rely on selfies as our data source. By examining the pose and what elements are framed in the background of each picture, we can produce a clear and reasonably unbiased map of how we perceive ourselves in relation to each geographical location.
[youtube https://www.youtube.com/watch?v=j1r8xtyeEbs&w=560&h=315]
A close-up selfie that leaves plenty of space to have an architectural landmark in the background remarks a strong sense of belonging, both as local or as tourist. In this type of picture, architecture becomes the centrepiece of the shot and it is meant to highlight to social media followers the location of the photo’s human subject or subjects. A selfie taken of a reflection in a mirror, to show the entire body of the selfie taker in a closed room, focuses on the individual rather than the architecture or the city. By collecting thousands of pictures, we are then able to break down the wealth of data at our disposal into those singular choices, and map behavioural patterns to understand what social media users are proud to share, what type of environment they prefer and how they like to represent themselves in those spaces. This is because the representation of oneself in space is a relevant cultural expression of one’s social group, sense of belonging, and the way the individual lives or acts in the city.
As we gathered a sample of publicly shared geolocated Instagram pictures, we started to notice some interesting patterns: we could not distinguish pictures taken in the Soviet housing districts of Riga from those taken in the same type of district in Tallinn. So we have further geographically filtered Instagram pictures based on the type of neighbourhood they were taken in. There are three kinds of neighbourhoods common to all the Baltic states: the “old town” area, the Soviet mass-housing blocks, and the suburbs. Our analysis revealed that each type of urban morphology produces its own type of single or group “selfie.”
In the old towns of the three capitals, Instagram users include architectural landmarks to clearly establish their presence in these iconic spaces.
[youtube https://www.youtube.com/watch?v=ZCRU8yh2EnM&w=560&h=315]
In the Soviet mass housing districts, the selfie is decontextualized. The subject’s image occupies most of the photo and the background is not shown.
[youtube https://www.youtube.com/watch?v=8etke1Bh4Ik&w=560&h=315]
In contrast, the photos taken in suburbs and shared on social media portray families engaged in outdoor activities. These photos favour backyards of private houses and local natural areas, and often show children.
[youtube https://www.youtube.com/watch?v=W1dQ2E2HprA&w=560&h=315]
These examples reveal how our surroundings affect our self-perception and how having a common architectural history produces a common culture, as portrayed on social media. The nature of the urban architecture around us determines whether we will take a self-portrait and what will be included in it. It shapes how we see ourselves and how we want to be seen on social media.