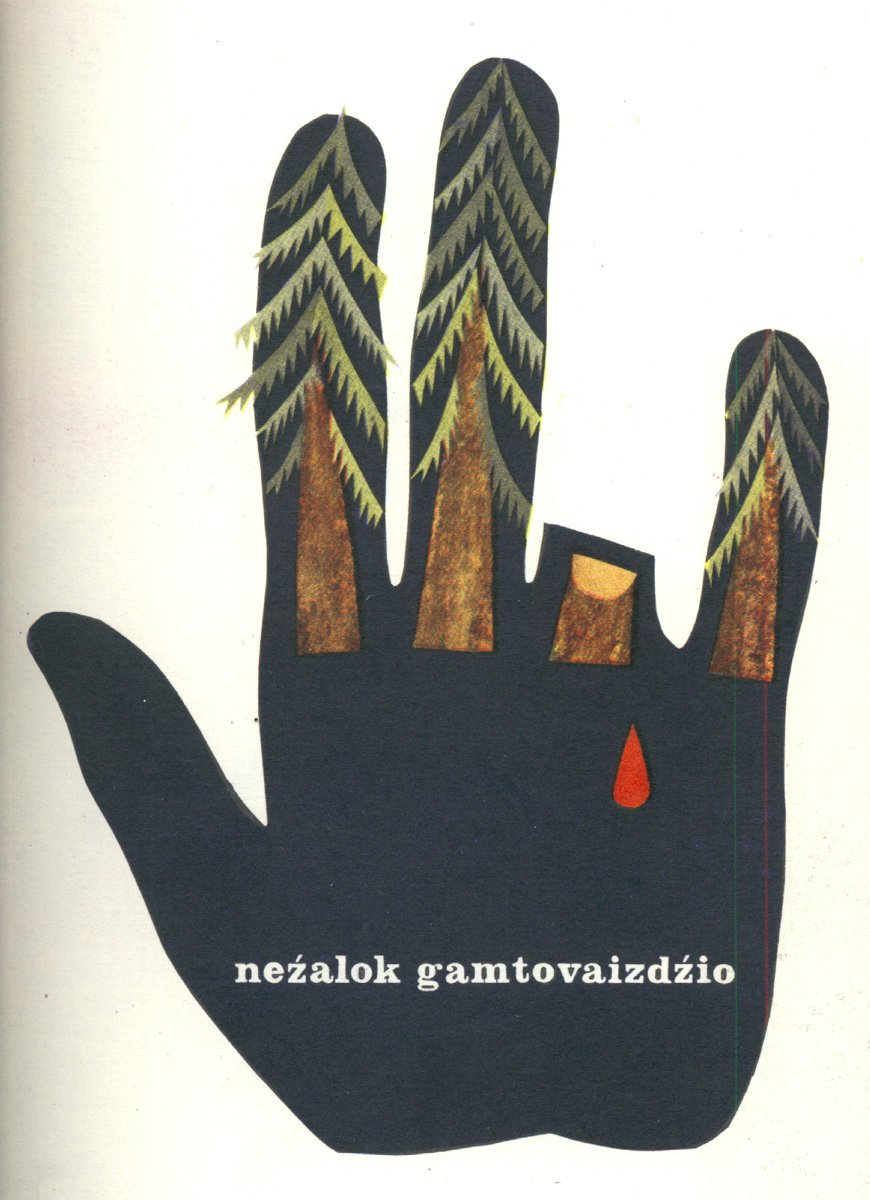 Soviet Baltic Visuals: Images of Everyday Life in the USSR

Over the last few years, the Soviet Visuals site has been collating examples of the inventive, surprising and just plain strange adverts, architecture and consumer goods produced under the Soviet Union. The project was started by Muscovite Varia Bortsova, who was born just a year before the collapse of the USSR, and interesting examples from throughout the Soviet period are sourced by the team and sent in by readers. The selections range across the vast geographical area that the USSR covered, from Soviet Russia to Soviet Georgia to Soviet Uzbekistan. Readers of the site are likely to find anything from images of Muhammad Ali’s visit to the USSR in 1978 to Bengali-language Soviet magazines to posters sternly warning against accidentally revealing military secrets in letters. The Soviet Visuals team recently shared some of their favourite images from the Baltic countries, which spent almost fifty years as Soviet republics, albeit against their will.

This dramatic poster from Soviet Lithuania urges citizens to look after their forests.

This rather bizarre poster from ’80s Estonia makes the bold claim that gender equality has been achieved under the Soviet Union, but points out that physical differences between men and women remain.

The Soviet Union, while certainly not encouraging nationalism or separatism, did promote depoliticised expressions of individuality from the fifteen different republics – national dress, traditions, dances, etc. The left image, taken from a matchbox, shows a Latvian woman in traditional costume, alongside a representative of the Tajik Soviet Socialist Republic, far away in Central Asia.

These images from What the Scissors Did, a 1961 book by Lithuanian author Ieva Naginskaitė, give a taste of the kind of thing that young children growing up in the Baltic states at this time would be given to look at.

Although contact with the west was mostly prohibited, products from the Soviet-occupied Baltic states could be found in other locations in the Communist bloc, and vice versa. One Soviet Visuals reader came across this book by the Estonian author Jaan Rannap, printed for the East German market.

One of the most imaginative and striking architectural legacies of the Soviet Union to the region was, perhaps surprisingly, bus stops. Below we see a couple of examples from rural Estonia.

Latvia was also graced with unusually shaped bus shelters, like this one in Riga.

This image of the Children and Youth Centre in Vilnius, the capital of Lithuania, is a particularly stark example of the architecture that characterised much of the period in the Baltic states.

The Sõprus Cinema in Tallinn Old Town, which dates from 1955, is an example of Stalinist classical architecture in the heart of the Estonian capital.

During this period, the Baltic states were also principally known to many people from elsewhere in the Soviet Union as a holiday destination – their lengthy coastlines were a rarity in the mostly landlocked union. Here’s a 1970s photo showing the beach at the Latvian resort town of Jūrmala near Riga packed with holiday-makers.

The Estonian Soviet Socialist Republic in particular seemed to be characterised by deeply peculiar television adverts for various products, many masterminded by Harry Egipt. This one encourages people to eat minced chicken in rather strange fashion.

A Western Latvian Road Trip through an Ideological Lens

Britain and the Baltics 2 – …to Peep Show