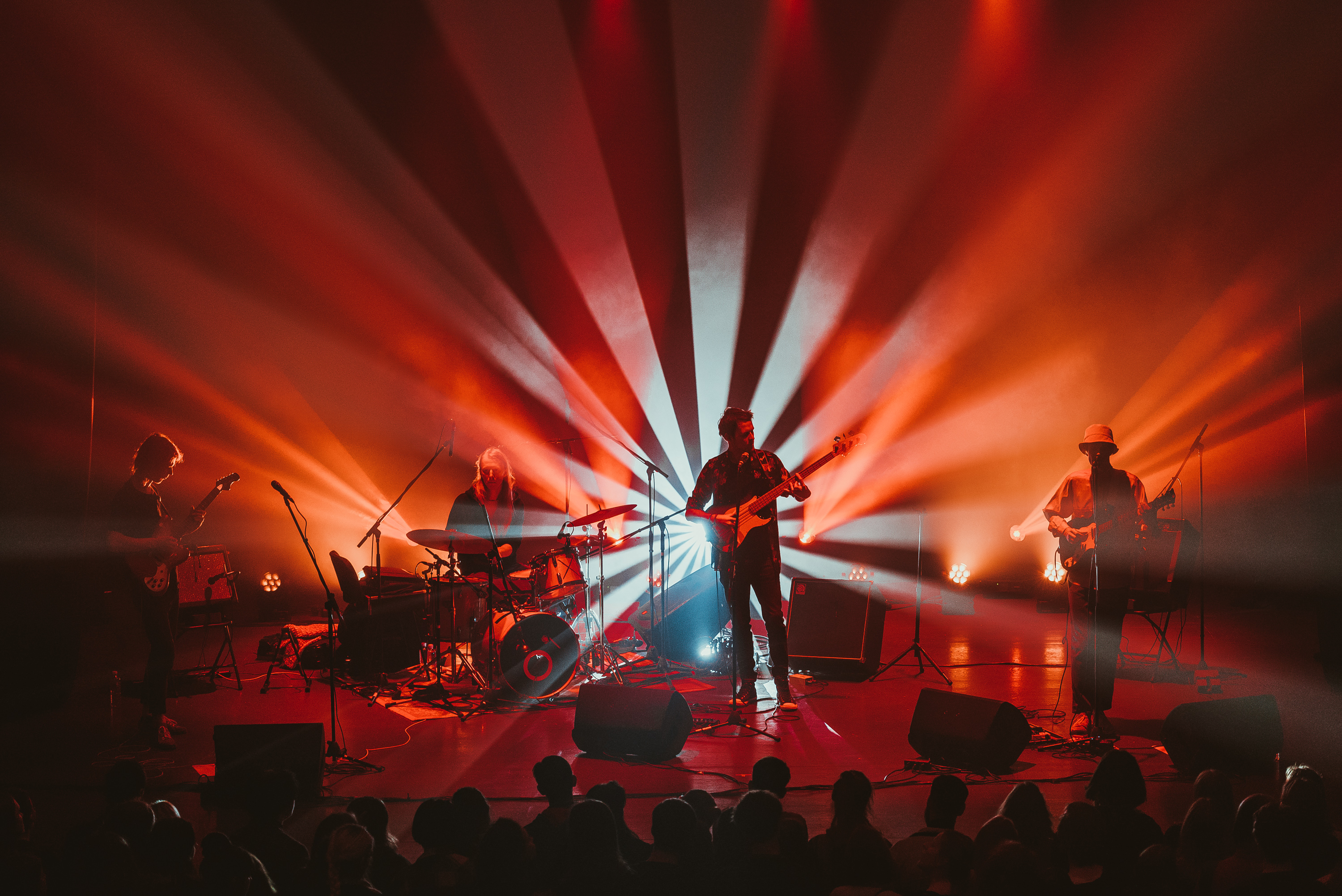 Vilnius’s music scene is a hotbed of surprising talent over which the spirit of Garbanotas (formerly Garbanotas Bosistas or the Curly Bassist, now just the Curly One) soars high and mighty, and though theirs is an earthy form of psychedelia even its lofty bits seem to have a nourishing effect.

The foursome’s latest LP Paskutinė Saulė (“The Last Sun”) sounds like something you would put on in your car if you happened to go on an end-of-the-world road trip. Before beginning work on the album, their third, frontman Šarukas Joneikis immersed himself in the classics of Lithuanian pop, intending to create a musical. He abandoned those plans soon enough but he readily admits the record does have a distinct concept at its core: “The influence of the music that I was listening at that time can be strongly felt.”

Director Titas Sūdžius scripted the video for lead single “Liūdnos Akys” (“Sad Eyes”) after forming a rapport with the band in one of those classic “we should do something together” conversations. Forty people, two months of prep and thirty-two hours of shooting later a beast of a video was born with the woman on the album cover art coincidentally cast in the leading role of dancer.

The band is actively booking international shows in the Baltics and beyond, so keep your hopefully not liūdna akis (sad eye) out for them.

Maarja Merivoo-Parro works as executive editor at Estonia’s pre-eminent music station, Raadio 2, and also has her own show on Latvia’s Radio Naba.

Garbanotas’s latest album, Paskutinė Saulė, is out now. You can find out more about Garbanotas on their Facebook and Bandcamp pages

The Other Estonian Language: Preserving and Promoting Võro