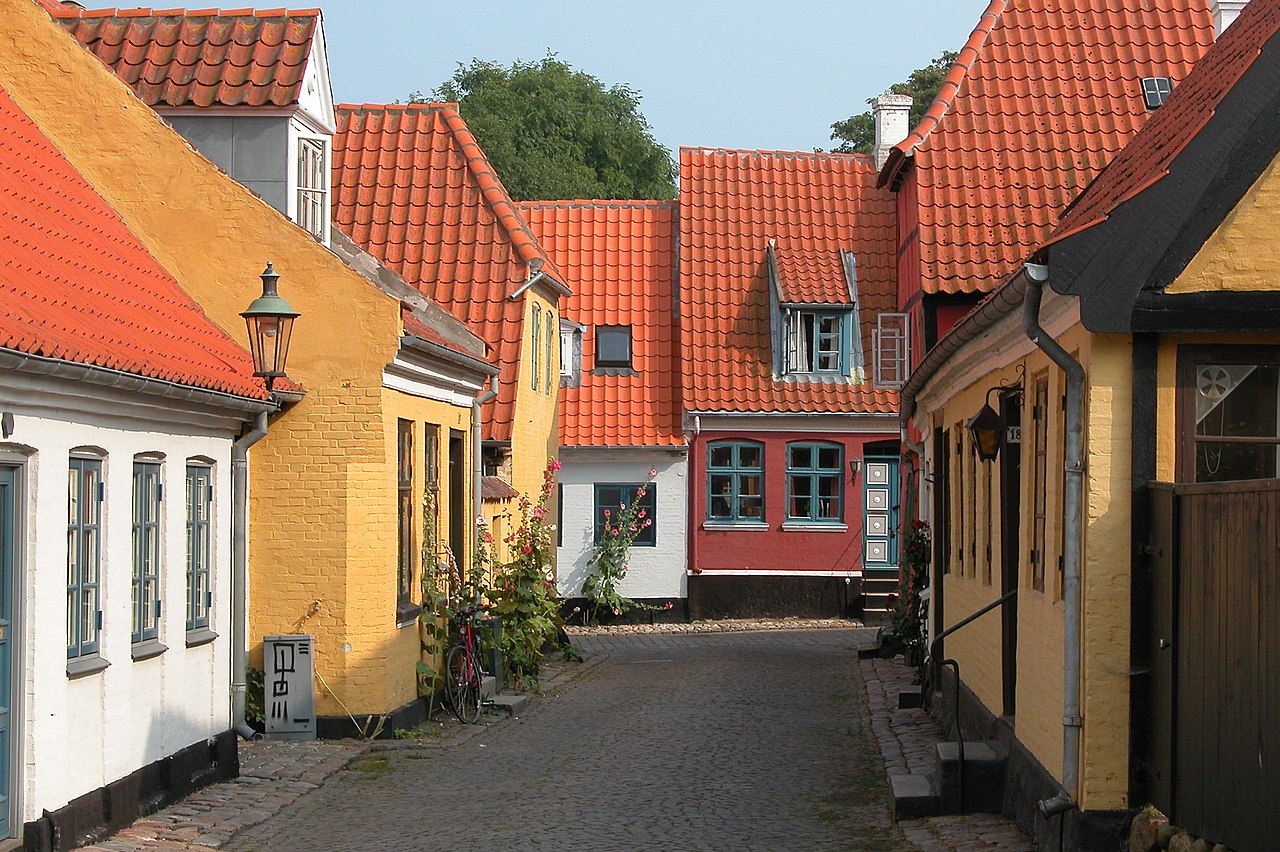 Riga Black Balsam (Rīgas melnais balzams in Latvian), the famed, feared and vicious bitter spirit considered to be the de facto national drink of Latvia, plays a large role in the self-awareness of Latvians and their place in the contemporary tourism sector of Europe. It has been around for centuries and is a central part of the country’s culture. But what people are perhaps less aware about is that it is highly significant outside the borders of the Baltic country – even being a cultural staple somewhere as obscure as Ærø, a tiny Danish island of 6,000 people.

I have known about Riga Balsam since childhood, several years before even setting foot in Latvia. My grandparents lived in a town with a direct ferry to the island of Ærø, and from their living room window, I could watch the ferry departing and returning every other hour. My grandfather loved to tell the story of a trip to Ærø during which he ordered Riga Balsam in a Marstal bar, wanting to go native. I have also, on multiple occasions, encountered a bottle of Balsam when peeking around in their scullery in search of a can of Coke. Balsam was frequently served at family parties, diluted, as tradition has it, with aquavit.

As I later learned, Riga Balsam is deeply treasured in its native land. But despite the exclusive gift boxes sold at the Riga Airport duty-free shop, urging tourists headed home to bring along the liquor and subject their compatriots to the same throat-wrecking experience that they themselves had been exposed to during their weekend in Old Riga, I have not encountered anywhere outside Latvia where the drink is as widely known as Ærø.

At the risk of disclosing Latvian state secrets, I can say that I have yet to meet a Latvian who admits to genuinely enjoying Riga Black Balsam, leading one to suspect that the forcing of Balsam upon visitors is an elaborate scheme to find amusement in tourists embarrassing themselves in trying to down the spirit.

An island of 6,000, Ærø goes relatively unnoticed among both internationals and Danes. Balsam, the pride of Latvia, plays an important role in the islanders’ identity as a maritime community with its own history and culture – and they, unlike Latvians, seem to enjoy Balsam, even if it is diluted with local liquor (or maybe precisely for that reason).

For centuries, the economy of this small island in the Baltic Sea was rooted in maritime transport, especially stemming from the eastern port town of Marstal, which is home to around a third of the island’s inhabitants.

In the late 18th century, ships from Marstal first started to enter Riga – then a prosperous port city in the Governorate of Riga of the Russian Empire, and from 1796 onwards the Governorate of Livonia – where they purchased rye and wheat with the intention of reselling it in Denmark.

The first known Scandinavian source to mention the now-famous Riga Balsam dates from 1807. It was custom practice for the buyers of products in the Russian Empire to receive a present along with their goods. Norwegian ropemaker Ole Falk Ebbell of the city of Arendal had learned about this and therefore ordered his skipper, who was to be sent to Riga to buy hemp for Ebbell’s ropes, to request a gift of six jars of Riga Balsam from the Rigan hemp seller. He told the skipper to smuggle them through customs so that this gift would in fact be completely free of charge.

According to local historian Erik Kromann, who for 40 years curated the Marstal Maritime Museum, by the time it had made into written sources in Scandinavia, Balsam was already known on ships sailing from Marstal. These had already been introduced to the drink shortly before the turn of the century.

Over the years, Balsam obtained the status of a must-have in the medicine chests of ships throughout the entire Kingdom, being used to treat all sorts of infirmities – interior as well as exterior. As such, Balsam is recorded as having been an integral part of the medicine chests of the ships of the Royal Greenland Trading Department, a Danish state-owned company administering trade in Greenland, until the early 1920s.

Word of the Latvian elixir with alleged healing powers spread and reached sailors’ communities across the country. But nowhere has its popularity been retained as much as in Marstal, where it is sold in stores, served in bars and kept in kitchen cupboards. For many years, the grocery store in Marstal was even the sole importer of Balsam in Denmark.

Riga Balsam plays a surprisingly large role in the tourism strategy of the island. The special status of the influence of Riga Balsam on Ærø is testified by a local sailors’ choir having written a song about it, the chorus ending with the unambiguous message that “Riga Balsam is your best friend!”

Unlike its native Latvia, where the drink is traditionally “enjoyed” neat, on Ærø, Balsam is diluted with aquavit. This likely has to do with the exquisite Balsam historically being very expensive in comparison to the nationally produced aquavit. According to Kromann, the ideal Balsam-to-aquavit ratio is a shot glass with 10–12 drops of Balsam, followed by aquavit topping off the glass. In the pubs and bars of Marstal, this is reportedly known as “a Marstaller”, with Balsam simply known as “a Riga”. Kromann emphasises the importance of the drink being sipped, not downed in one, in order to savour the taste to the fullest.

Despite Balsam having become seemingly common property for the citizens of Ærø, it’s still within the sailors’ community that the spirit holds uncontested prime status. For more than 20 years, at the beginning of each semester the Marstal Shipmasters’ and Marine Associations have invited new students at the Marstal School of Navigation to dinner and a taste of the legendary Balsam. Among the sailors of Ærø, the liqueur is said – with an unknown amount of irony – to have near-magical powers. At such a dinner event in 2010, Kromann introduced the liqueur to the new students, saying: “Riga Balsam is good at protecting against a lot of things. It can cure heartbreaks up to three months ahead.” On a later occasion, he emphasises that its maritime origins have not been forgotten, explaining that its use as medicine is not restricted to mental hardship: “Riga Balsam is used to cure all sorts of [infirmities], ranging from an injured thumb to vermin in one’s hair.”

The Latvijas Balzams distillery has in recent years introduced a wide range of less potent and acerbic flavours, ranging from blackcurrant to espresso – the former seemingly being the preferred variant among Latvian nationals. This, however, does not seem to have had any effect on the drinking habits of the inhabitants of Ærø, among whom it has gone unnoticed or – more likely – simply ignored. There, the original recipe has satisfied the inhabitants for centuries and will, in all likelihood, continue to do so for years to come.

Linus Folke Jensen writes on all things Latvian. A Danish student, he became interested in Latvian culture and language doing an exchange year in the country. He covers Latvian politics for the poll aggregator Europe Elects and has written for the Latvian public broadcaster, LSM.