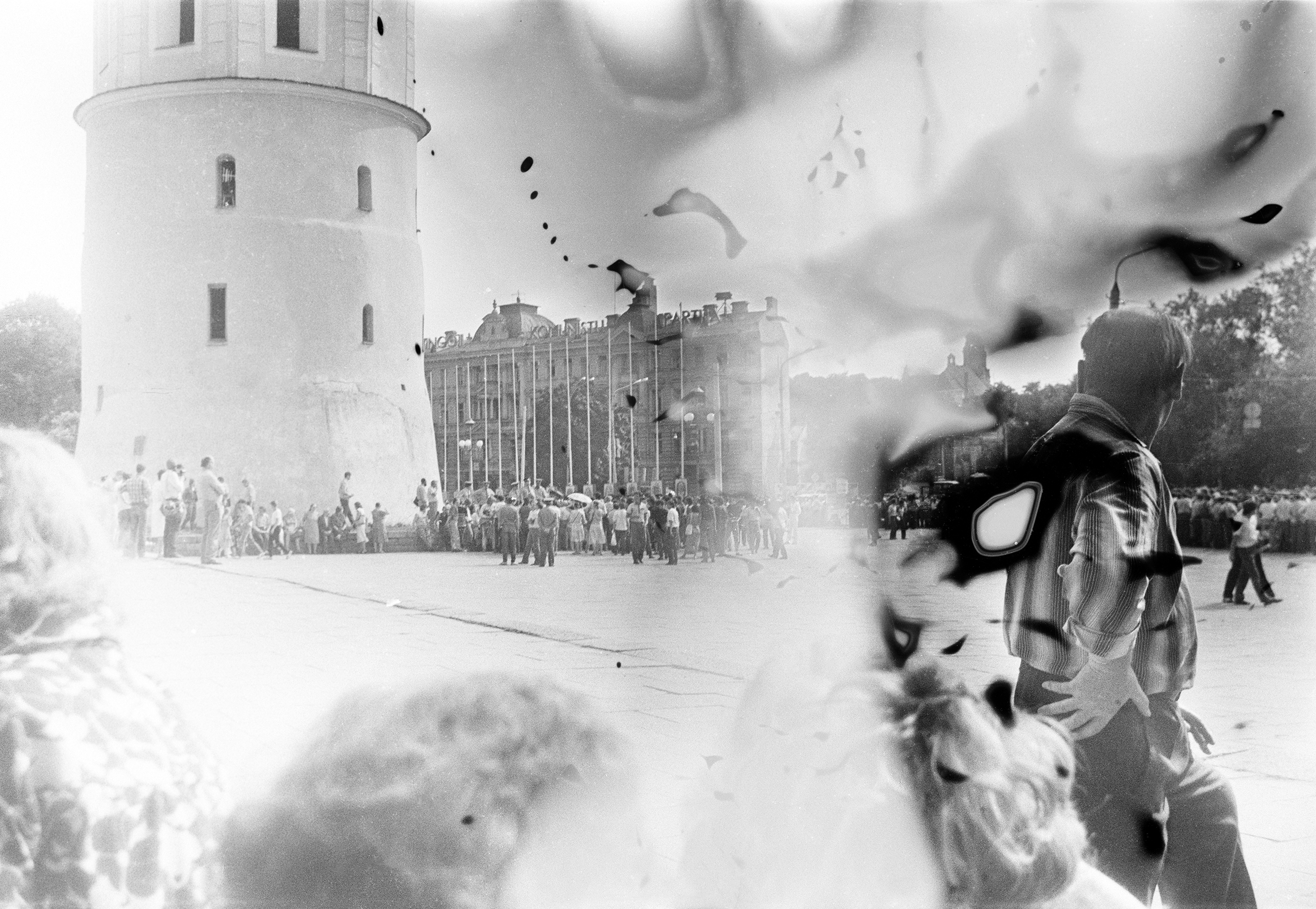 An Accidental Record of History: Dialogues in Silver

Kotryna Ula Kiliulyte is a Lithuanian artist and photographer based in Scotland, who in her own words “makes multilayered interconnected works that speak of human condition in recent history questioning the concepts of national identity, official versions of history and East West dichotomy.” Her latest project, Dialogues in Silver, stems from and responds to the discovery of a large number of family photos dating back to the Soviet period, and mixes photos from hugely divergent time periods and locations. Her work has reflected on the condition of nostalgia and longing for home before: her 2015 project The Amber Room combines “childhood memories and fragments of visits to the home country as a migrant”, while Away Home examined the relation between homesickness and national cuisine by photographing food that reminded immigrants to Scotland of home. Below, Kiliulyte tells us about Dialogues in Silver, which is getting its first preview on Deep Baltic.

This series combines photographs made by my father in the 1980s and pictures made by me as a response 30 years later. The archival images from dusty crumbling black and white negatives and faded colour slides were new to me. Rolled up and kept in boxes, they were forgotten as soon as the few selected darkroom prints were made. Weeks of scanning revealed photographs of family life, travels, political gatherings and everyday events in the last decade of the Soviet Union.

I am initiating a visual dialogue in three dimensions – over two different eras, two different geographical points and two different political regimes. To make the pictures that form my response I have sourced expired photographic films as old as the ones that my father had used. While building this fluid visual narrative, I’m questioning and debating notions of memory, change, expectation and nostalgia. Treating the newly discovered family album as a cell in the organism of European history, I extend the conversation to the present tense – I wonder what happens to fulfilled hopes and battles that have been won, and where projections of the future go once the future is upon us. In Dialogues in Silver I weave two timelines into one – train travels across the Soviet Union happen at the same time as hiking in Scottish landscape; political gatherings provide background noise for night walks in blooming parks; the evening light fills the west facing kitchen just as a diver hits the water. There is an irregular synchronicity in both timelines – as if a piece of well-used carbon paper was placed in between. A deep desire to discover life to the west of the Iron Curtain mirrors an impulsive decision to move to a country I had only associated with mountains and sheep until then. Two struggles for independence take place, both heavily emotional and overwhelming – one succeeds, one does not. A lack of trust in, and rebellion against, the existing system prevails, yet the alternative aimed for in one time is the system in another. Most photographs are not made with the intention to record history. The ones that are often are made with ulterior motives. Pictures are taken to keep a memory, to share a moment, to leave a legacy, to prove and to mislead. Family albums are constructed to keep the chronological order of events, an edited version of lives with significant faces, occasions and places featured. When photograph after photograph is placed into an album (whether physical or digital) there isn’t much thought about it being a record of history. ‘Oh, that’s just us having lunch after an independence rally.’
‘In this one your mother is holding a bottle of Pepsi Cola- those were hard to get.’
‘This is me underwater, on the day the UK voted leave.’ ‘This is my first trip to the West, I went to Denmark.’
‘And here – we just came back from a week in Poland where we were selling deficit items during the blockade.’ These dialogues speak of multiple migrations, four family members in four different countries, not always through choice. They examine the collapse of one political system and the slow agony of another. Most of this argent conversation, though, is spent exploring beauty, humour, colour, light, and a persistent sense of hope – possibly written in the genes, or just in silver particles as old as myself. All photos copyright – Kotryna Ula
See more of Kotryna’s photographic projects at her website
© Deep Baltic 2016. All rights reserved.
Like what Deep Baltic does? Please consider making a monthly donation – help support our writers and in-depth coverage of Estonia, Latvia and Lithuania. Find out more at our Patreon page.

Nine Months of Deep Baltic, or See You in September