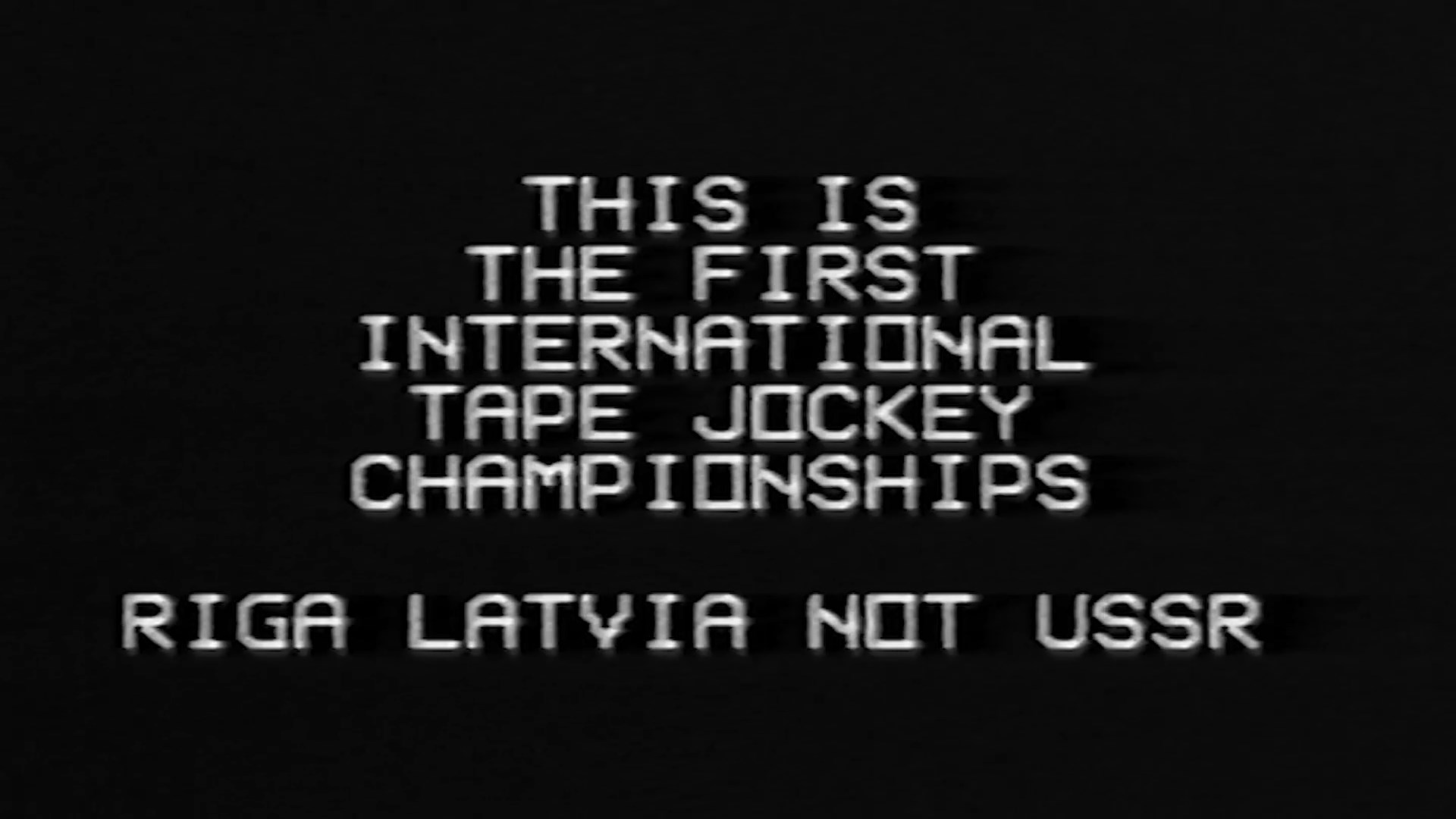 Latvia is regarded as the first republic of the Soviet Union where techno music and DJ culture really took hold, several years before it attained widespread popularity in Russia. It first appeared in 1986, partly due to the close personal links between Berlin and key figures in the Latvian scene, in particular the German-resident Latvian émigré Indulis Bilzens. Figures like Hardijs Lediņš and the DJs EastBam (real name Roberts Gobziņš) were key in the development of electronic music throughout the union, and Riga became famous for its wild parties and innovative music, drawing attention far beyond Latvia’s borders.

Viktors Buda, director of the documentary film Era of Dance, which covers this period, shares videos and images from those thrilling few years when everything seemed to be changing, and remembers a few highlights in particular.

Perestroika, civil disobedience, the fall of the Berlin Wall, Love Peace Unity, the collapse of the Soviet Union, turn on, tune in, drop out… Thirty years have passed since the historical events of November 9th, 1989 which dramatically changed the cultural scene of Germany and Soviet Latvia (and the whole of the Soviet Union). After the fall of the Berlin Wall, the West and the East became connected by a new cultural phenomena – the techno revolution. In fact, Soviet Riga was destined to be the city that later revealed a completely new and revolutionary music culture within the Soviet Union. In the USSR that was the beginning of a new era: what I call “the Era of Dance”.

It was only owing to the evolution of the political situation that the information exchange between the West and the East, with time and technological improvements, could become instrumental in the development of musical culture. The first illegal raves in Riga at the end of the ’80s and the following Tape DJ World Championship in 1989 were events of a new genre that fundamentally changed the view of the DJ’s role. The music changed, and the content of dance events changed too, becoming the basis for a whole new movement.

“The whole techno revolution after the fall of the Berlin Wall came from the east not from the west” – WestBam.

Latvia is famous for having a vinyl pressing factory, for having the first DJ in the USSR, Hardijs Lediņš, and the first vinyl DJ in the Soviet Union, Jānis Krauklis. In the second half of 80s, Uģis Polis and Jānis Krauklis became the first DJs in the former USSR to promote the new electronic music scene. They were leading experts – or missionaries, as they described themselves, for electronic dance music in Latvia.

In 1989, only a few days after the first Love Parade in Berlin, Uģis Polis, Jānis Krauklis, together with Roberts Gobziņš (a.k.a. Eastbam) and the West Berlin label Low Spirit, organised the First International Tape DJ Championship in Riga. Jānis Krauklis, a legend on the worldwide dance scene, is known as the first vinyl DJ in the Soviet Union. Most of the post-Soviet DJs of the first wave regard him as a teacher, and in the ’90s his influence on the early rave scene in Russia was unquestionable. Ask any DJ in Russia who was the first DJ they ever saw, and the answer will be “Jānis”. Before that, he was the first DJ in the world to construct pitch control on tape players. Yes, before vinyl appeared in Latvia, DJs played on tape recorders, or “bobines” [a word originally taken from French] as some older melomans [a Russian word meaning music lover] still call them.

And here we have a short Dutch documentary from the late 1980s on the phenomenon of Latvian tape DJs and their struggle for independence, and how “dancing is the only truly international language”. As we find out, lots of modifications were needed to make music this way.

Less than a year after declaring independence from the quickly dissolving USSR, and shortly before the Republic of Latvia officially came into being, Modris Skaistkalns a.k.a. Mr. Tape, appeared at the DMC World DJ Championships in London. It was 1991 and he was 25 years old at the time.

He clearly had spent a lot of time developing his unique method of mixing on reel-to-reel tapes, and had already won the 1st International Tape DJ Championships in Riga in 1989. In the 1990s Skaistkalns went on to become a leading house producer and remixer and formed the best-selling Latvian pop-dance act, Group 100.

“You will appreciate that where he comes from, you cannot get Technics SL 1200s [pro DJ turntables] that easily. If you do, they’re on the black market, and they cost an absolute fortune, probably equivalent to buying a Rolls Royce over here. So these boys, as you can see from their very basic equipment here — they’re not even sophisticated tape recorders. They’ve adapted two tape recorders; can’t get records like we can get them in Latvia. So they record off radio stations, and things like that. And because they are so keen, and they epitomise the spirit of this convention, under any circumstances, the music’s gotta get through. and the mixing has got to be done.

“So will you please welcome two boys who’ve come here at their own speed, their own expense —and that really wasn’t easy for them— but they’re here, and I want you to welcome our two Russian, Latvian DJs. Let’s give them a big welcome.” — Tony Price (Founder of DMC World Championship) 1991.

In 1991, Uģis Polis and Jānis Krauklis became creators of Latvia’s first private radio station, Radiodejas (“Radiodance”), the first station in the early ’90s to promote new trends in modern music. Broadcast from a flat on Tērbatas iela [in the city centre] it reached only the city of Riga.

At the end of the ’80s, the house and techno movement was a cultural explosion of new music, new art, new fashion, new freedoms and above all, new hopes. Its thunderous echoes were heard around the world.

Media reports of youth dabbling in drugs and dancing all night long must have scandalised the older crowd, but they electrified a nation of young people as well as their peers across Eastern Europe.

All images credit Viktors Buda/Era of Dance unless otherwise specified. Used with permission.

For more on this period in Latvia’s history, take a look at our interview with Viktors Buda about his film Era of Dance

Viktors Buda was the chief editor of the first Baltic dance music magazine, Flash. In the mid-2000s he was also well known as one of the leading promoters in Riga. Since 2009, he has been working with leading electronic music names in the dance music capital, Ibiza. His works have been published in major international dance music magazines such as DJ Mag, Dub Ibiza, Life Guide, Ibiza.ru, and others. Viktors is an editor and one of the founders of the new media platform, Ibiza Life, a magazine dedicated to Ibiza cultural life.

The Shadow in the East: An Interview with Aliide Naylor

Visions of the Future from Interwar Kaunas