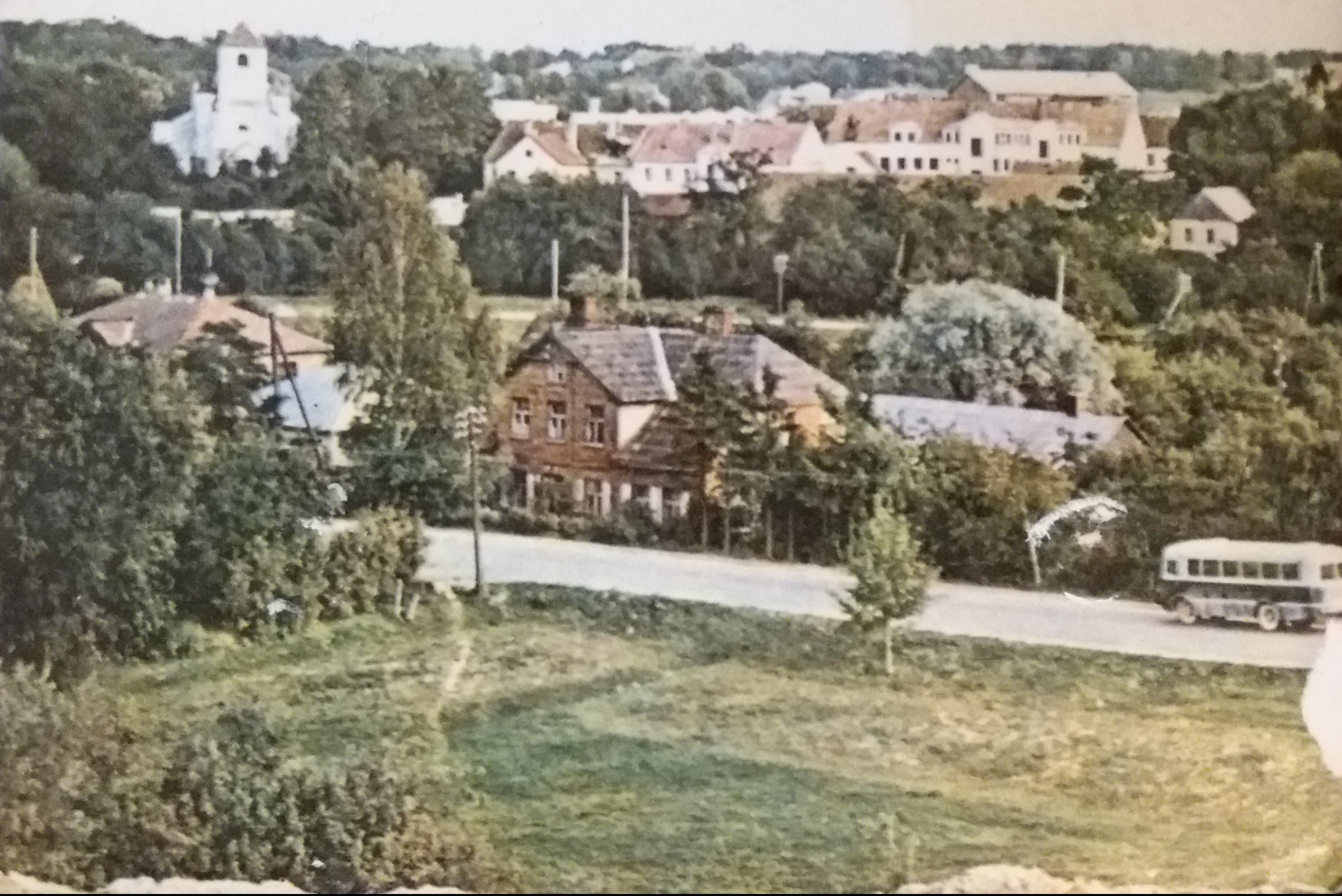 "The Waters Must Break" – Pauls Bankovskis

by Pauls Bankovskis
“And the waters decreased continually until the tenth month: in the tenth month, on the first day of the month, were the tops of the mountains seen.” – The First Book of Moses
I discovered masturbation at almost the same time that I discovered the map of Latvia. My father had found the map in the attic of the old office of the Lauktehnika kolkhoz in Sigulda, where – probably because it no longer corresponded to Soviet reality – it had been hidden at the very dawn of the founding of the kolkhoz. In my imagination, Pytalovo had already become a place that was in some way special, because it was to there that an incredibly short train crawled once a day along the nearby railway line, always pulled by a black steam engine. And yet on the map that was hung above my bed, this town was labelled as Abrene1, and even to me it was clear that some dangerous contradiction was hiding there. And then, of course, the many narrow-gauge railway lines in different parts of Latvia – these were marked on the map, but in reality they no longer existed. The rails for the Līgatne paper factory’s little steam train had been torn up too.

But there was no maternity department at the little hospital in Līgatne, and so one March morning, realising that she was about to give birth, my mother put on a coat, probably tied a scarf around her (at that time women of reproductive age of European origin also tended to wear headscarves), and got into the little UAZ-made ambulance bus that had arrived from Cēsis.
About what had to be done at that moment and how, she definitely already had knowledge: my brother and two sisters were born before me – the oldest of them twenty years earlier.
As it was a Saturday, my father would most likely have been at home, but he still didn’t go along with her – that simply would not have been accepted. Or maybe he wasn’t at home at all, but together with his partner Augusts from the painters’ brigade had gone to do some work illegally renovating the kolkhoz dairy.
The territory of Latvia has more than once been overtaken by ice cover. During the Ice Age, while the climate was cooling, the icecaps expanded, but as it became warmer, they retreated back northwards, and in this way it happened four times. All this movement, fermentation, freezing and thawing had already started to reshape the surface of the land under the dormant ice, but the biggest changes of all were brought by the great melting of ice that took place at the close of the Ice Age. So much water suddenly welled up that there was nowhere for it to go, and the waters flowed and flooded over everything, gnawing and tearing new cracks and passages in the ice. But in those places where the ice had already melted, the waters pulled stones, sand, earth and clay along with them with enormous force, and these left behind deep ravines. One of those ravines was the Gauja Valley.
The little UAZ bus crawled, puffing, along the zig-zag road which flowed alongside the narrow-gauge railway tracks, up from the valley threatened with inundation, turned towards Cēsis, and before a full hour had passed, my mum had been allotted a place on a five-person ward at the old hospital on Komjaunatnes iela5. Her waters had broken, and I was born at midday that very day, a few moments after twelve. I was weighed and measured, a slip of oilcloth with a number on it was tied around my leg on a little string, and then I was put together with the other babies in the babies’ ward. The newborns were allowed to be with their mothers only at feeding times.
After a few days, we drove back down to Līgatne, and they started to bring me up according to all the latest directions from Benjamin Spock. No one was yet bothering themselves over holes in the ozone layer, and the ice caps for the time being had still not melted, but one day, awakening in my cot, I suddenly had the feeling that I had been abandoned, left all by myself, and that over me, along a narrow and dark ravine, something unstoppable, huge, black and heavy was rolling. For the first time, I felt a growing unease, but until my first map and the great discoveries it brought with it, I would have to remain patient.


1. Abrene [before 1938 officially known as Jaunlatgale] is a town that was part of the Republic of Latvia during the interwar period. In 1945, following the occupation of Latvia by the Soviet Union, Abrene and its surrounding district was transferred from the Latvian SSR to the Russian SSR and the town was renamed Pytalovo. Following the break-up of the Soviet Union, it remained part of Russia.
2. Sigulda and Līgatne are both in the picturesque and moderately hilly Gauja region of northern Latvia, which is popular with tourists, and has been promoted as “Little Switzerland” or “the Livonian Switzerland” for more than a century. Latvia is on the whole a very flat country, with its highest peak, Gaiziņkalns, only slightly over 1,000 feet.
3. Kārlis Ulmanis seized power in a bloodless coup in 1934, and, suspending parliament, instituted an authoritarian government, which lasted until the occupation of Latvia by the Soviet Union in 1940.
4. Cēsis is a larger town in the Gauja valley, around twelve miles from Līgatne.
5. Komjaunatnes iela translates as “Young Communist League Street”.

This piece originally appeared in the “book-magazine” Plūdi (“Flood”) published by Satori. Translated from Latvian by Will Mawhood.
Pauls Bankovskis’ novel 18 was published in English earlier this year, and is available from Vagabond Voices publishers.
Like what Deep Baltic does? Please consider making a monthly donation – help support our writers and in-depth coverage of Estonia, Latvia and Lithuania. Find out more at our Patreon page.

"It Flew Like a Shooting Star": Sartre and De Beauvoir's Week in Soviet Lithuania